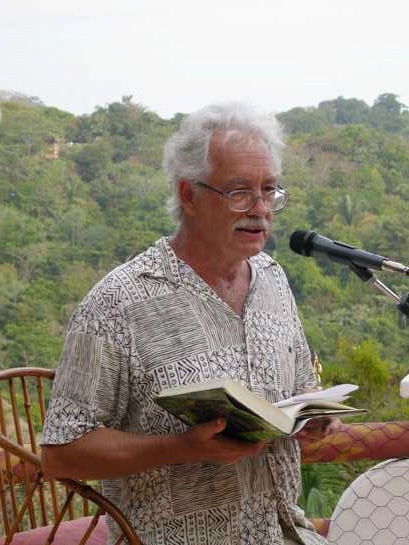 William Herbert Deverell (born March 4, 1937) is a Canadian novelist, activist, and criminal lawyer. He is one of Canada's best-known novelists, whose first book, ''Needles'', which drew on his experiences as a criminal lawyer, won the McClelland & Stewart $50,000 Seal Award. In 1997 he won the Dashiell Hammett Prize for literary excellence in crime writing in North America for ''Trial of Passion''. That book also won the 1998 Arthur Ellis Award for best Canadian crime novel, as did ''April Fool'' in 2003. ''Trial of Passion'' launched his first crime series, featuring the classically trained, self-doubting Arthur Beauchamp, QC, a series that continued with ''April Fool'', ''Kill All the Judges'', ''Snow Job'', and ''I'll See You in My Dreams''.

He has achieved recognition for suffusing his novels with satire. Both ''Kill All the Judges'' and ''Snow Job'' were shortlisted for Canada's Stephen Leacock Award. His most recent novel, ''Snow Job'', a political satire, was named in ''The Globe and Mail'' as one of the top crime books worldwide in 2009. He has twice been invited as guest of honour at Canada's main crime writer's venue, Bloody Words, and received the Best Canadian Crime Writer award at the Scene of the Crime Festival in Ontario.

Deverell's film work includes the screenplay for the feature film of ''Mindfield'', released in 1990. He also wrote the screenplay ''Shellgame'' for CBC Television, which served as the pilot for CBC's ''Street Legal''. He has authored several one-hour radio plays performed by the CBC Radio in the ''Scales of Justice'' series and numerous film and television scripts.

Early in his career, Deverell worked as a journalist with the Canadian Press in Montreal and the ''Vancouver Sun'', and while working his way through law school at the University of Saskatchewan as night editor of the Saskatoon Star-Phoenix. He hold a D. Juris from that university, where he has been an invited lecturer in the Shumiatcher series on Law and Literature and was honored at its College of Arts and Science's centenary in 2009 as one of its 100 alumni of influence. Among his learned lectures have been ''Obscenity, Hate, and Artistic Freedom'' at the Vancouver Institute, and ''A Writer's Life'' in the Writers' Trust of Canada Margaret Laurence series.

Over twenty years as a Vancouver lawyer, he was counsel in more than a thousand trials, including civil rights, labour, and criminal cases and thirty murder trials, either as defender or prosecutor. He is a founder and honorary director of the British Columbia Civil Liberties Association. In 1991-92, he served as visiting professor in the Creative Writing Department at the University of Victoria. In 1994, he served as chair of the Writers' Union of Canada, and again in 1999, and has been named a Life Member of that Union. He is also a life member of the Writers Guild of Canada, and a member of PEN International and Crime Writers of Canada. An environmental activist, he is also a member of Greenpeace, Ecojustice Canada, and the Green Party of Canada.