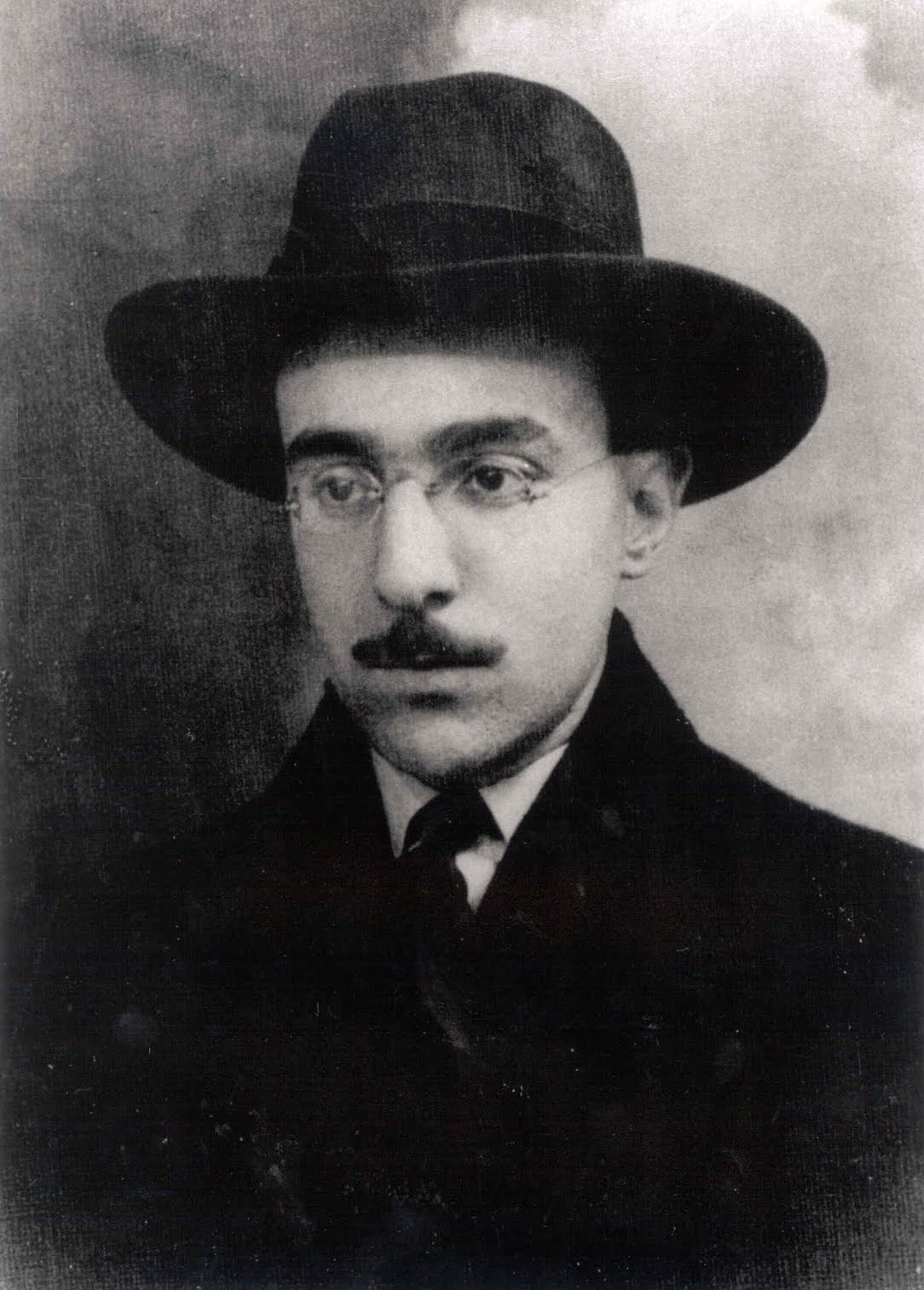 Fernando António Nogueira Pessoa (; 13 June 1888 – 30 November 1935) was a Portuguese poet, writer, literary critic, translator, publisher and philosopher, described as one of the most significant literary figures of the 20th century and one of the greatest poets in the Portuguese language. He also wrote in and translated from English and French.

Pessoa was a prolific writer, and not only under his own name, for he created approximately seventy-five others, of which three stand out, Alberto Caeiro, Álvaro de Campos and Ricardo Reis. He did not call them ''pseudonyms'' because he felt that they did not capture their true independent intellectual life and instead called them ''heteronyms''. These imaginary figures sometimes held unpopular or extreme views. Provided by Wikipedia
Showing 1 - 3 of 3 for search: 'Pessoa, Fernando, 1888-1935', query time: 0.03s
List  Tabulka
Search Tools: Get RSS Feed — Email this Search —
Loading...